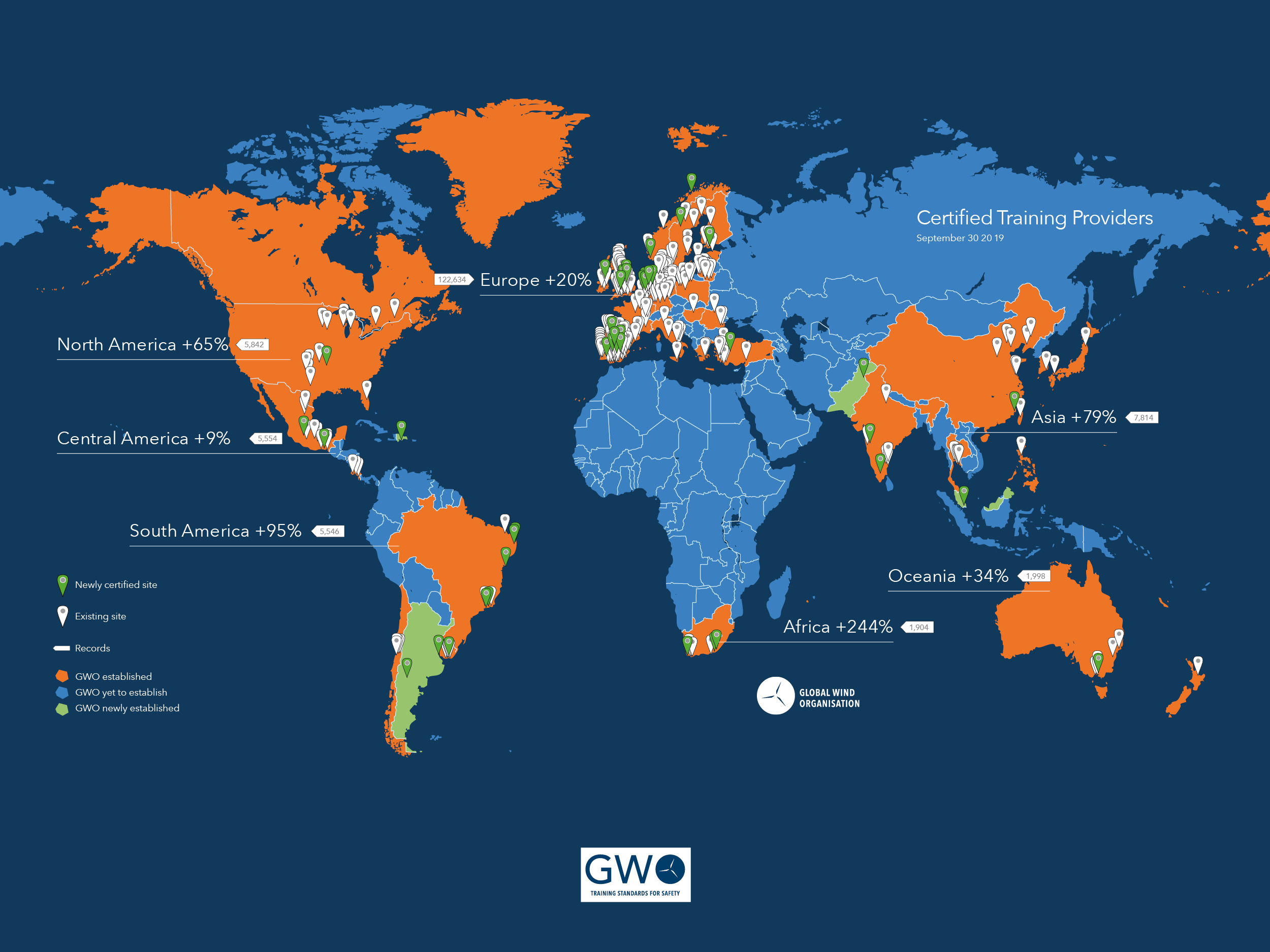 Every continental market around the world showed an increase in volumes. None more so than Africa (+244%), where the amount of completed GWO training modules by wind energy workers in South Africa alone now matches Oceania (Australia & New Zealand). Both regions saw almost 2000 training modules completed in the first nine months of 2019.

The number of training providers also increased. Forty eight training sites have been certified up to the end of Q3 2019, with substantial numbers opening in Brazil (+5) and India (+2).

For information on GWO, including our annual and half year reports, please visit our statistics pages