Following completion of its Annual General Meeting, the GWO General Assembly has elected and confirmed the nominations of its new Executive Committee. 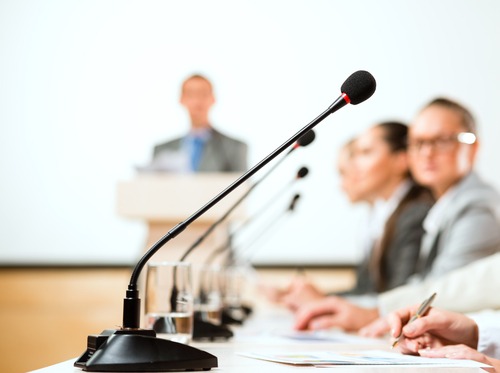 Several new faces have joined the committee which is under new leadership in the form of Lisa Mallon GE Renewables Global Executive Leader for Onshore Wind, who has been elected Chair for a two year term running until March 2024.

Lisa is joined by new Vice Chair John Barrie, Global Head of Training at Vestas who steps into his role having led the Training Committee as Chair since 2014. Jill Lees, Director HSE at RWE Renewables remains as Vice Chair, with her term renewed until 2024.

The ExCo is also comprised of Chairs and Vice Chairs from each of GWO's Standing and Regional Committees.

Ann Duedahl, Global Learning Leader, GE Renewable Energy, has been confirmed as Chair of the GWO Training Committee, helping to support the development and standardisation of critical safety training for the wind energy workforce. Ann has considerable experience with GWO, having represented her previous employer on the same committee since 2014. Her skills and knowledge will be an asset to GWO and the industry, helping to prioritise training where it is needed most.

Peter Lloyd, Senior Health and Safety Specialist (Special Projects), Vattenfall, has been confirmed as Vice Chair of the Audit & Compliance Committee. Peter has represented wind industry OEMs and Owner Operators at GWO since its foundation in 2012 and will bring his knowledge and experience to support the organisation's Governance, Risk and Compliance projects.

Will Kenyon, Project HSE Manager, Ørsted, has been confirmed as Vice Chair of the GWO North America Committee. Will brings significant cross industry experience to the committee and will support the region's growth and adoption of GWO standards.

GWO is also saying goodbye to some of its committee representatives.

Paul Robbins, Corporate Head of HSE at Vestas, has occupied the position of Chair at ExCo for a two year term between 2020-2022. Paul is one of GWO's founding members and was intimately involved in the creation of training standards for wind turbine technicians. He leaves following several years in leading positions, initially within Audit & Compliance, followed by a Vice Chair 2018-2020 and Chair of Exco.

Jan Laugesen, HSE Senior Specialist at Siemens Gamesa Renewable Energy has vacated his position as Vice Chair of the Audit & Compliance Committee. Another representative with intimate knowledge of GWO's history, Jan has participated in the creation of training standards from their first publication in 2012.

Global Wind Organisation is delighted to announce that Energy Ireland, as the promoting organisation for Green Tech Skillnet, will be adopting the new GWO Entry Level Framework for their award-winning Skills Connect Wind Turbine Technician Programme.

One of the defining characteristics of northeastern Brazil’s status as a prime location for wind farms is also causing problems in recruiting local talent. Now, thanks to a new programme called ‘Keep it Local’ 25 residents of Caiçara do Rio do Vento are being trained in GWO Basic Safety Training (BST) and are on the pathway to begin new careers in wind.

Military transition has never been easier

Dominion Energy, a Fortune 500 utility company based in Richmond, Virginia, has today joined as leading member of Global Wind Organisation.