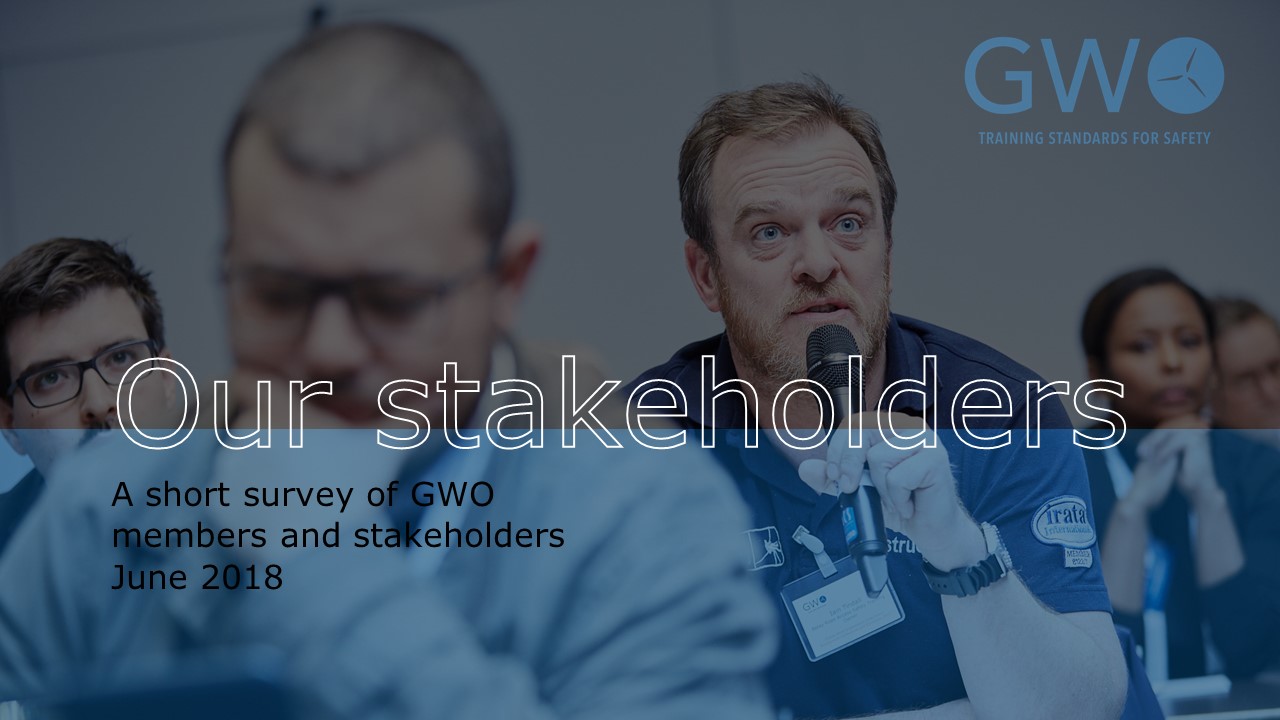 "Influencing Safety" #1 reason to get involved

A survey of GWO stakeholders has found a majority believe standards like the BST are 'improving worker safety'.

We asked a broad selection of stakeholders including committee members, training providers, auditors and technicians, what they think about GWO and today publish the GWO Stakeholder Survey 2018.

Key findings of the report include:

"GWO could not function without its stakeholders," said Jakob Lau Holst, CEO of Global Wind Organisation. "In 2017-2018, 130 people contributed directly to the development of GWO standards, training criteria, the GWO China Committee, WINDA and the expansion of our global training provider network. I would like to thank every one of them for their continuing contributions. People give up huge amounts of time and resources because they believe, like we do in creating a safer and more productive workforce for wind power."

Explained: Why do some GWO courses require a refresher every two years?

Learning objectives in GWO standards are focused in the domains of "knowledge" and "skill". How often you refresh your training to maintain that knowledge and skill depends on a huge variety of factors.

Safety without borders: has Covid-19 strengthened the case for blended learning?